The Power of Stories

A secret path to the heart and minds of your audience.

Stories. They have a way of sticking with us. Stories have always been the way we share our experiences, and understand the world around us. It’s scientifically proven that the information encoded in stories is easier to recall (see research from the University of Tenessee) and share (see research from the Association for Consumer Research). Whether it’s in written form, video, audio, or through newer formats, like games and VR, stories keep people coming back for more. 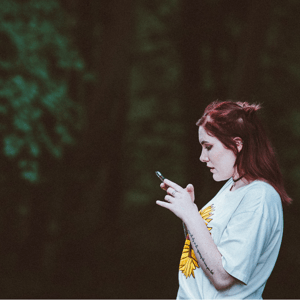 Here are three ways brands can harness the special magic of storytelling:

1. Stories link brands to our culture

Storytelling makes product placement work for brands. In 2017, product placement in the marketplace was valued at $8.8 billion, up year over year by 13.7%. But this tactic works especially well when the product is embedded into the narrative of the story rather than simply visible on a shelf or held in a character’s hand.

An excellent example of this can be found in the most recent season of Orange is the New Black, where the inmates take control of the prison and demand that Hot Cheetos and Takis be delivered to them. The characters even go as far as to echo the rap about their snacks, making the product a part of the story rather than an accessory.

Have you ever seen a commercial and known what it was advertising before it was revealed? The surreal scene of an elderly lady in a baby blue tracksuit walking her pet cloud instantly reminds the viewer of other Skittle advertisements before the cloud rains the candy. Creating stories around your advertisements, like strange scenarios with eclectic characters, can build this familiarity with viewers making them a more engaged audience.

One of the most recognizable characters in advertisements is the nonsensical, fast-talking, Old Spice guy. His erratic way of speaking, “Look at your man, now back at me, now back at your man, now back to me. Sadly, he isn’t me,” resonates so much with its audience that other companies have gotten in on the action. Tide recently released a commercial featuring the same actor and quick script which ended with a Tide jug rising from his palm instead of a fragrance while he dryly declares, "I’m in a Tide Ad.”

“Stories are remembered up to 22 times more than facts alone,” says Stanford marketing professor Jennifer Aaker. Others cite pseudo-statistics from Stanford and London Business School (without proper primary sourcing), claiming that stats alone have a 5–10% retention rate, but rises to a rate of 65–70% after being paired with stories. In any case, it’s indisputable that stories have a way of latching onto our memory more effectively. They make us feel something and that’s an easier thing to recall than information alone.

Stories are a way we connect with each other, learn important lessons, and remember information. They’re a crucial tool for anyone trying to make their point known to others. But the real, and most important reason we love them is because they make us feel something. As author Neil Gaiman writes, “We owe it to each other to tell stories.”

Learn more about how to earn Gen Z’s attention in a world flooding them with information.