Making a must-see: The new rules for entertainment marketing

In the age of digital, marketing entertainment to Gen Z has changed dramatically. Jordan Press, Head of Entertainment Partnerships at Wattpad,  sat down to talk entertainment marketing with eOne Films’ Director of Publicity & Marketing, Natalie Petozzi. 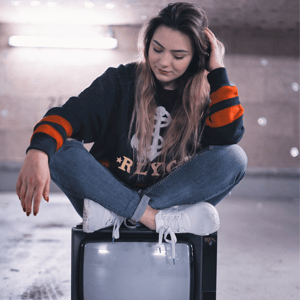 Jordan Press: How has the age of digital disrupted the entertainment world?

Natalie Petozzi: The biggest impact the age of digital has had on entertainment is the incredible amount of choice available to audiences. Traditional film & TV studios are maintaining their traditional models (i.e. movie theatres, broadcast television) while simultaneously trying to adapt to these new models; this has resulted in the proliferation of new streaming channels delivering content digitally to consumers, attempting to secure brand loyalty (and revenue). At the same time, there’s been an explosion of mostly Gen Z and Millennial creators utilizing platforms like Wattpad, YouTube, and Tik Tok to challenge the old guard and attract eyeballs away from existing content.

From a theatrical film perspective, a huge disrupter to the existing business model has been social media’s court of public opinion. Gone are the days of quietly releasing a mediocre film and hoping it could find enough of an audience to eke out a profit. In 2019, the adage “everyone’s a critic” can be amended to “everyone’s a critic with a platform”. Within the traditional distribution model, a film’s success is determined by the box office revenue it generates within the first few days of release. While bad word-of-mouth is certainly not new, the amplification of opinions via social media has undeniably impacted the viability of certain films. 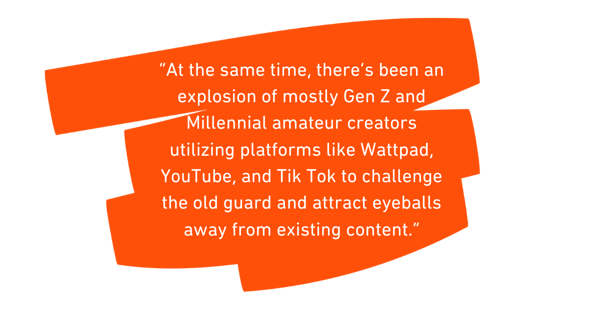 JP: What’s an example of how cord-cutting and streaming have been a win for movie franchises?

NP: When John Wick was released in 2014, it was considered a modest box office success. Despite the star power of Keanu Reeves and its initial 100% rating on Rotten Tomatoes, the film struggled to break out, grossing just over $40M domestically. A respectable result for an unknown IP but nothing that box office pundits were salivating over. When prepping for the release of John Wick: Chapter 2 in 2017, studio execs were keenly aware that franchise sequels tended to have an equivalent or slightly lower box office than the originals. But in the months leading up to release, something interesting happened… John Wick became available on Netflix. Streaming allowed an entirely new audience to discover the wrath of killing a hit man’s puppy and old fans could easily revisit John Wick to get hyped for the sequel. When John Wick: Chapter 2 opened in February 2017 it blew all expectations out of the water - it doubled the original’s opening weekend box office, ending with a final domestic gross of over $92M. The film’s third installment opened May 2019 and proved the John Wick train hadn’t slowed down, earning a whopping $171M.

While it is impossible to draw conclusive connections between Netflix and the John Wick franchise’s success (Netflix notoriously does not release any streaming numbers), the results suggest that streaming platforms can breathe new life into properties that weren’t given their due when they premiered. A prime example of this is “Freaks and Geeks”, the short-lived TV show from Judd Apatow and Paul Feig, featuring a cast of unknowns who are now household names: Seth Rogen, Jason Segal, James Franco, Busy Philipps and Linda Cardellini. When it was released in 1999, it struggled to find an audience (which wasn’t helped by the network pre-empting it and shifting time slots) and was cancelled after only one season. Like John Wick, “Freaks and Geeks” became a cult classic once it became available for streaming. 20 years after it first premiered, “Freaks and Geeks” is widely acknowledged as being ahead of its time and has a new generation of young Gen Z and millennial fans (there’s even a documentary about it!). If “everything old can be new again”, then streaming creates an opportunity for films and TV shows to continue onwards beyond their traditional expiration date.

The only drawback to this is that you can’t necessarily time a film’s debut on Netflix to coincide with another installment’s theatrical release. The exception, of course, is for studios that own their own streaming service. It will be interesting to see how this evolves as Disney launches their streaming service Disney+ but until then, cross your fingers and pray to the Netflix programmers for some lucky John Wick timing!

JP: What are some ways Gen Z brands have leveraged film/streaming/TV to entertain (and go beyond advertising)?

NP: Tinder recently debuted a trailer for their new “interactive dating show”, Swipe Night. The show follows a group of friends through an apocalyptic adventure and, similar to Black Mirror’s “Bandersnatch” episode, presents viewers with choose-your-own-adventure-type prompts. Each Sunday night during Tinder’s prime swiping hours, a new installment of the series will launch in-app and users are matched according to the choices they make. Each of the four episodes are about 5 minutes long and were directed by Drake’s go-to music video director, Karena Evans. It’s an interesting prospect that is aligned with the trend towards interactivity and short form content that we’ll only see more of once Jeffrey Katzenberg’s Quibi launches. Quibi is a short form video streaming platform that has already has an impressive roster of talent signed on, including Guillermo del Toro, Steven Spielberg, Jennifer Lopez, Kevin Hart and Naomi Watts. These “snackable” shows are meant to be exclusively viewed on smartphones and is another example of the rapidly evolving ways we consume content.

JP: What are some trends you've seen in marketing entertainment properties to Gen Z audiences?

NP:Recent film marketing stunts that stand out in my mind all trend towards irreverence and, subsequently, their shareability. Naturally some film properties lend themselves better to this approach than others (Dunkirk wasn’t exactly fodder for “isn’t war lolz” memes), but in general requires an overall willingness to not be too precious with your product. Ryan Reynolds seems to have mastered this tone and 20th Century Fox’s campaign for the Deadpool 2 was exemplary of this. From a teaser trailer involving Bob Ross cosplay to a South Korean “King of Mask Singer” appearance to an iconic collaboration with Celine Dion, it was impossible to avoid the Deadpool 2 content in your timeline prior to release.

A24 is an indie studio consistently putting out some of the most interesting, genre-defying films out there and their marketing strategy reflects this. A24 takes a supreme-style approach to their campaigns, with an online store filled with limited edition merch that almost always sells out. They don’t limit their “drops” to new films, instead choosing to revisit some of their biggest hits by releasing new products or setting up free screenings in the locations the films were set in. A24 imbues their film campaigns with a similar vibe, incorporating fun and irreverent elements such as a “Win 3 months of couple’s therapy” contest in support of Midsommar or hosting a fake wedding reception for The Farewell. In a market when mid-budget films are failing to find an audience, A24 has managed to carve out a successful niche and become The Studio for creatives.