There are brands that teach us it’s never too late for a comeback, and that Gen Z loves a good one. 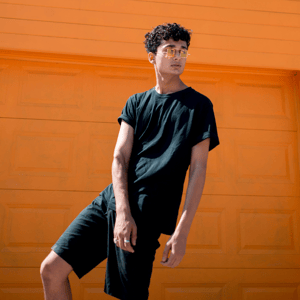 When Fila capitalized on the recent resurgence of 90s fashion by staying true to their roots with the release of a clunky, bulky shoe, shoppers went wild. So much so that this one shoe, the Disruptor II (a legacy of the original Disruptor -- the brand’s claim to fame in the 90s) is now leading FILA’s revival after it virtually disappeared from the fashion scene in the early years of the new millennium.

The release was a demonstration of the brand using current trends to its advantage by being authentic: “When you see brands in high, high fashion selling the ugly shoe, the bulky shoe—we have had this in our brand DNA since 1993,” Louis Colon III, Fila North America’s director of heritage, told Benzinga last year.

And it worked. According to global search platform Lyst, the ‘Disruptor’ was the second-most searched women’s product after its release.

Balance the Past with the Future

But benefiting off of nostalgia isn’t enough to stay relevant. According to Colon, Fila doesn’t want to limit themselves by branding themselves a nostalgia brand. Their goal is to balance past, present, and future, to stay relevant and desired. Fila isn’t the only brand capitalizing on current trends while staying true to its heritage. Levi’s launched a clever campaign that breathed new life into the brand that all but collapsed after its 1996 peak. The campaign capitalized on the “mom jean” trend, bringing back its ‘90s styles to a Gen Z and millennial audience who didn’t experience the 90’s. As a result, the company saw close to $5 million in sales -- marking its highest annual sales growth in a decade. This demonstrates that knowing your brand and choosing your moment are one of the key ways to make a comeback.

Play to the Winner’s Weakness

Waiting around is not the only way to influence the business environment. Best Buy met the challenge posed by mass eComm competition by upping its customer service practices. In other words, they stepped up their game. They provided their employees with better training, improved their delivery services, and doubled down on the Geek Squad, which they recently elevated with a Geek Squad app. The company leveraged its stores to take advantage of the customer’s desire to try before they buy—the one thing leading e-commerce sites can’t offer. Partnering with manufacturers for a ‘store-within-the-store’ concept saw same-store sales rise 5.6 percent in fiscal 2018, and online sales have consistently risen by double digits over the past year in the US.

Invest in the Product Experience

Comebacks take different forms, too. Take Dominos. They, too, stepped up their game—this time in the face of criticism. The company responded to historically negative reviews with a bold move by publicly apologizing for the quality of their product. Domino’s followed this with a huge improvement to both its product and service. They addressed complaints head on and added delivery service to non-traditional hotspots like beaches and parks—a way to target Gen Zs, literally, wherever they are.

These moves transported Domino’s to the top of the proverbial food chain, making it the largest pizza chain in the world with $12.2 billion in 2017 sales. Its stock soared 2,000 percent since its turnaround, outperforming some of the biggest brands out there.

It’s Never Too Late for a Comeback

All this goes to show that comebacks are indeed possible, and in big ways. Gen Z audiences aren’t tethered to a brand’s historical baggage—they just want to know a product or service not only meets their needs, but surpasses expectations. Take Coca-Cola; the brand that has been around for 100+ years found ways to engage a young audience on Wattpad when they commissioned letters to Santa from the point-of-view of some of Wattpad's most popular characters. The results showed that 63% of Wattpadders who engaged with the campaign were more likely to enjoy a Coke the following week. Check out our case study to learn more.