How Teenagers Became Their Own Bosses

With unemployment at an all-time low, Gen Z chooses to make money independently. Here’s why and how.

In virtually every 80’s high school movie we see characters at their part time jobs. Waitresses, theatre ushers, and burger flippers all get screen time as the directors aim to showcase the ‘true lives’ of American teens.

And yet, since 1979, the amount of teens working in part time jobs has been steadily declining. Even in the last 20 years the number of teens in the workforce has dropped from 42.8% in 2000 to only 25% in 2015. Those numbers mainly reflect the jobs teens have traditionally been known to hold, largely in the service or retail industries.

“We used to get overwhelmed with the number of people wanting summer jobs,” Keith Miller, Subway franchise owner told The New York Times, adding that he now gets maybe a handful of such applications, at most. “I don’t know what teenagers do all summer.”

That aspect of high school life — part time jobs — has since taken on a different form. According to WeRGenZ, Gen Z spends $44 billion annually and influences $600 billion in spending in the US. “Fast Times at Ridgemont High” would look very different if it were made in 2018.

It’s not that teens are just lying around, twiddling their thumbs. Instead, they’re working even harder than before… for themselves.

Teen Boss (stylized as “Teen Bo$$”) is a quarterly magazine aimed at girls ages eight to fifteen. It replaces stereotypical headlines like, “Wake up pretty!” with “How to build your brand by be being you!” The magazine aims to inspire young girls to think about following entrepreneurial careers with all the traditional quizzes, confessionals, and neon colours that always grace the pages of tween magazines.

This, for some reason, has a bunch of adults up in arms ready to defend childhood at all costs. A New Yorker article intending to bash the magazine ends with the quote, ‘“There is no such thing as a regular 9 to 5...We work 24/7!”’ This is, of course, taken as evidence that a childhood no longer exists in the world wrought with social media.

This perception is, perhaps misguided. While the very notion of a “Teen Bo$$” might seem incongruent with our free-wheeling, nostalgia-laden depictions of childhood, it might more accurately reflect the widening spectrum of teens’ interests and passions. Starting an online cooking show instead of, say, taking up soccer, doesn’t necessarily translate to a childhood lost. Gen Zs who watched millennials graduate into lifelong student debt during a recession may just be taking a keener, earlier interest in their financial independence.

Teen Boss provides advice for what teens have been doing for decades — creating their own employment. There have always been the kids that set up lemonade stands in their driveways, or buying and selling baseball cards (like Gary Vaynerchuk). The entrepreneurial spirit isn’t a new thing—the only thing that’s changed is the landscape.

Access to the internet has opened up a whole new world of possible entrepreneurial endeavors, whether it’s using social media to show the world your products or harnessing the workings of the web through advertising revenue. Savvy Tumblr users Zach Lilley and Jeremy Greenfield made thousands off of advertising revenues from their viral posts when they initially got involved with Google AdSense.

The use of technology provides teens with the means to create for themselves. Where some professions used to require an ‘in,’ or at least expensive equipment, the internet has stepped in and broken that barrier down. Teenagers can now bring their imagination to reality — becoming talk show hosts, musicians, comedians, and more through all sorts of social platforms. 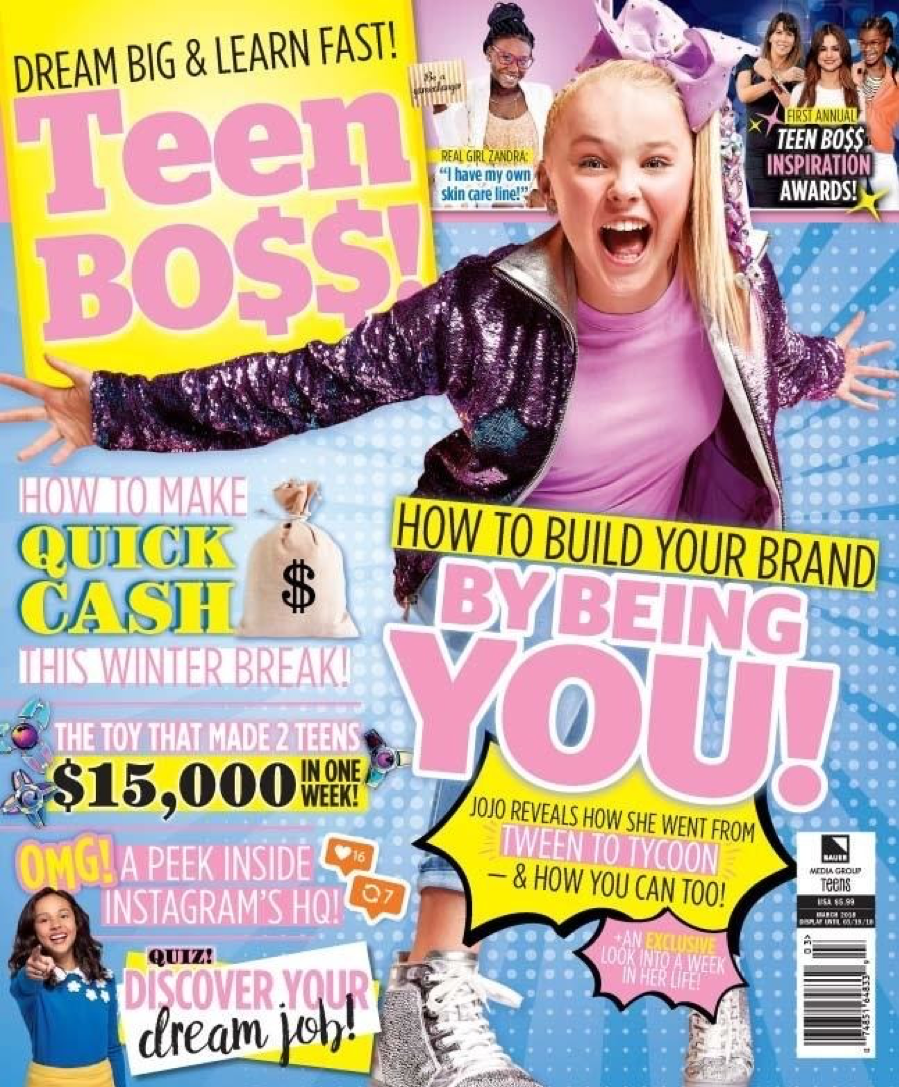 Image via: The New Yorker

For example, Soundcloud rapper Elijah Who started out with a junky $75 laptop he bought from craigslist. He taught himself everything he had to in order to learn music. He has now amassed over 91,000 followers and will tour across the country playing his music. He did all this mostly from his bedroom for the first six months of his career, and he didn’t have to be connected to anybody in the industry to exploit these opportunities. Teens in 2018 aren’t lazy because they’re not wearing a visor with a yellow-green logo on it and making sandwiches, they’re just choosing to hustle for themselves instead.

What Companies Should Know

Teens are growing up and earning money in a different way than the generations before them. As they get older, they’ll be starting their adult careers with a different set of already established entrepreneurial skills. If companies want to harness all that the upcoming workforce has to offer, they’ll need to be flexible to the enthusiastic, self-starting mindset that the younger generation brings.

In the meantime, companies can aim to engage these young business owners in conversation, offering them opportunities to participate and have their voices heard, and speaking frankly. These teens are extremely consumer savvy — after all, they’re the ones that grow up selling to and making things for others. They won’t have the wool pulled over their eyes easily.

Wattpad story “The Kissing Booth” was recently turned into a Netflix movie, which Netflix’s chief content officer Ted Sarandos described as“one of the most-watched movies in the country, and maybe in the world.” Read author Beth Reekles’ original story, which she wrote when she was 15 years old.